Wait? Did I just witness a watershed moment?

Am I the only one thinking the biggest news to come out of E3 2017 wasn’t some new title or details on a new console? That it was, in fact, that Microsoft and Nintendo have come to some kind of mutual agreement that allows Xbox gamers and Switch gamers to be able to play against each other on their own respective platforms? This is a huge deal and one I don’t think is getting the coverage it fully deserves. 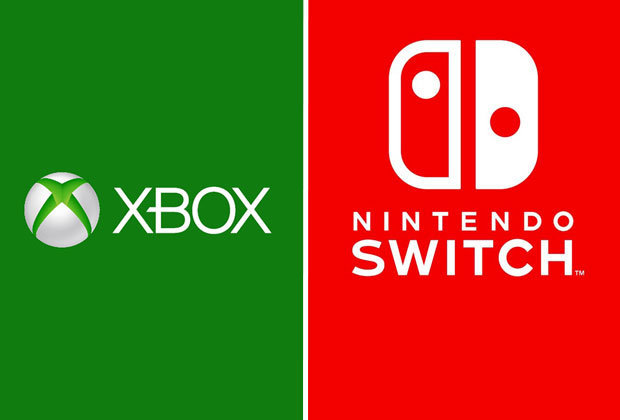 Now the idea of cross-play and where it can ultimately lead the gaming industry has always been a bit of a pipedream. Mostly championed by gamers and some of the more outspoken developers out there. And while there has been a form of cross-play already out there since the days of PS3 and Xbox 360, the appetite never seemed to be there to take the ground work those titles had made to really take cross-play to a place where almost, every right-minded gamer desired – true platform-agnostic multiplayer. Hell, let’s turn it into an acronym and make it all official sounding, PAM! There we go.

The idea of PAM is pure Utopian, libertarian bliss, I know, which, in today’s ‘console war’ climate, would take a huge paradigm shift in the market, gamers mind-share and corporate strategy to even realise, never mind fulfilling. Could we ever hope to see a situation where a huge title, such As Destiny 2, coming out that would champion the idea of PAM? Where a group of say, 6 friends want to play Destiny 2 together but one of the 5 owns an Xbox while everyone else owns a PlayStation, but it wouldn’t matter. That bridge needed to connect all 6 is in place, fully ratified and supported by all the major platform holders and developers. All 6 of these friends simply load up the game, with no need or requirement to highlight that they are playing with players on another platform. They just seamlessly find each other and play.

Let’s be honest, Activision wouldn’t really be out of pocket much in this scenario. The same number of players is still going to buy their game. They would only lose out on those customers willing to buy multiple copies of a game to play on all the systems they want to play it on. You could even argue that the sales of a PAM-enabled game might even encourage greater sales, especially where players who would have been previously walled in from playing with the other console owning friends might have ignored the title altogether. But with PAM enabled, there is no longer that wall. I could even talk about how, anecdotally speaking, developers/publishers who practice more consumer friendly approaches do tend to see a greater return on their investments, as customers appear to be more willing to spend more on an item or service when they feel they are buying into a good idea or product. I know I have been guilty of indulging myself in an additional DLC or two because I appreciated the effort the developer was making in treating me, as a customer, with a bit of respect, thanks again Respawn Entertainment.

In a world with PAM, gamers no longer have to make a decision on which platform to buy based on where their friends play the latest games. The friend, in the above scenario, no longer has a £300+ entry fee to join their 5 other friends. He gets to stick with his Xbox, still play his Xbox exclusives but can also play with his 5 other friends. It’s a perfect solution to a sticking point many gamers over the years have had to face. How many kids in school, have wanted to play with their friends on the latest releases, but the only thing stopping them one of them had the wrong console? How many new gaming groups are waiting to be formed to fill the ranks with players from multiple platforms. How many potential new friendships are out here waiting to be forged, if not for these walled gardens preventing them from ever meeting?

The potential for this Utopian idea is huge and, I for one, am glad that Microsoft and Nintendo have started laying the groundwork for something that, could potentially, blow up into something incredible. It may only be 3 games at the moment, but considering 2 of which are extremely popular at the moment, it’s hard not to see the impact this is going to make. And, I fully expect this is just the beginning.

The biggest sticking point at the moment is Sony and they are, rightfully in my eyes, receiving a lot of flak for their steadfast refusal to join in the revolution Microsoft and Nintendo are pushing for. You just have to go onto gaming forums and twitter to see Sony’s customers making their voices heard on how non-consumer friendly they see this. They want a piece of this cross play action. They don’t want to be left behind. Hell, even Xbox, Switch and PC gamers see this as a negative. We all just want to play together.

And, to be fair to Sony, it’s not as if they haven’t already made their own efforts with cross play. A good number of titles already exist on the PS4 which allow both PS4 and PC players to play together, such as Street Fighter 5 and Final Fantasy XIV being particularly popular examples. So, it’s not beyond the realms of possibility that they could change their mind. But it also makes their absence in this new cross-play initiative all the more glaring.

It’s also easy to forget, that during the 360/PS3 era, the tables were reversed, and it was Microsoft who were being the awkward party not wanting to play nice. Developers tried to bring PS3 and 360 gamers together in a number of titles, but it was Microsoft who refused to let anyone into their infrastructure. So they are not completely off the hook here. But it can be easy to forgive past transgressions when Microsoft, specifically Phil Spencer and his current management team, have made such huge leaps in positive pro-consumer moves of late. From no fuss digital refunds, removing Xbox live gold tether for streaming video services, investing in backward compatibility to their current attempt at a cross eco-system cross play.

We could be really cynical and say that Microsoft is only warming to eco-system cross play now because they are losing in sales to PlayStation by quite a dramatic number. And, even if this is the case, So what? If Microsoft getting a bloody nose is what made them dust themselves down and have a good look at their business strategy, then I’m personally happy it happened this way. Sometimes it takes to be knocked down off your pedestal to see where you are going wrong. And, as an Xbox customer, I’ve benefited greatly from all the positive changes they have made as a result and I fully expect there are more good things yet to be unveiled.

However, I do, unfortunately, see why Sony would refuse. They already have 60+ million customers on the PS4 platform alone. Why would they open up their garden to allow two competitive products, who collectively, have fewer customers than Sony does, to come and invade their party? What would they, as a company have to gain, considering they already have a very large and active population across hundred of games. They would certainly lose out on that £250 console sale by letting that Xbox gamer play with that PlayStation gamer. That £250 console sale is also the gateway for that customer potentially buying more games on that console. So the potential is there to make a lot of money from that new customer in Sony’s ecosystem. So, by keeping that gate shut, not only are they forcing friends who want to play together to pay that huge entry fee they are also hoping that gamer will further invest in other games and/or services. It’s not ideal, but I can see why they would have serious reservations about changing their stance.

On the flip side, if Sony were to ever change their mind we could see games that maybe have a waning population on one platform suddenly having a huge surge of players to play against. Games that were close to fading into obscurity suddenly may find relevance and even a surge in sales, which not only would benefit the developer and publisher, but the platform owner would get a cut from that too. Whether this surge in sales would offset the profit that could be made from new ecosystem customers, I have no idea – I’m no economist. But from an industry health point of view, developers who sell more games, make more games. Developers whose games stay relevant longer usually make more money from DLC or other additional revenues – which again, in turn, the platform owners take a cut from too.

The hope at the moment is that all the positive press Microsoft and Nintendo’s decision here is receiving, coupled with all the negative response both in the press and social media Sony is getting hit with, will force them to reconsider their position on the subject. Whether there will be strict caveats put in place by Sony, who knows. We don’t even know of what are/ or even if there is any terms in place between Microsoft and Nintendo. Perhaps we never really need to know, only the bridge is there and we can cross it whenever we want. The fact is, the idea of PAM will only ever, even slightly, get realised when we get buy-in from all the major platform owners. That they all agree that it’s best for the industry, and not just for their own profit margins. That a healthy industry with happy engaged customers is best for everyone. And, who knows, once the platform owners are all on board, and developers and publishers are happy to continue to build bridges across the gaps between all the ecosystems, maybe we will eventually get to a point where it will no longer matter which platform a customer buys. Buying a console will be like buying a TV. Different brands with slightly different options, but all of which are capable of playing all games.

Right, now that I’ve pulled my head out of the clouds, where is the cheapest place to buy Destiny 2 on all 3 platforms. Anyone?